Love is love, which is why there are some amazing LGBT movies that are just as touching as any films containing straight couples. After all, it doesn't matter what gender is involved, as long as love is involved. However, for some reason, LGBT films don't seem to get as much fame as they deserve. Here are some LGBT movies with the best love stories you've ever seen that you need to watch as soon as you can:

1. Blue is the Warmest Color

This movie is currently on Netflix, which means it's easy for you to access. It's about a young woman who dates men, but never feels a real connection with them. However, once she meets another young woman with blue hair, she finally feels the desire she's been looking for. The two begin an intimate relationship, so don't be too surprised by all the sex scenes.

You've definitely heard of this movie, but have you actually seen it? It's about two men, played by Heath Ledger and Jake Gyllenhaal, who end up falling in love. Their story is adorable, so you don't want to miss it. Just don't watch it when you're sad about being single, because their cuteness might just make you cry.

This movie is about a man who intends to have a one night stand with another man and never see him again. However, their relationship ends up turning into something so much more. The next time you need something sweet to watch, you should put on this film. It'll make you see intimacy in a whole new way.

Do you miss Robin Williams? Then you should watch this movie about him being married to another guy. Although the film centers on his child, he still plays a huge role. He is forced to cover up his sexual orientation, but in the end, he learns that it doesn't matter who he's in love with.

5. Hedwig and the Angry Inch

This film doesn't exactly have a happy ending for the couple involved, but it's still worth the watch. Why? Because it follows a transgender woman as she tries to figure out her purpose in life. The film has a strong focus on finding one's other half (aka their soulmate), so if you've been waiting to find the love of your life, this film can help you on your journey.

This is an older film, from all the way back in 1996, but it's still relevant today. It's about a boy who ends up discovering his sexuality when his best friend sleeps over. The feelings are fresh and fun, but that doesn't mean that they're easy to deal with.

What's the only thing better than chocolate? This film, of course. It's all about a girl falling in love with another girl. However, once her mother ends up divorcing her father and then moves in with her, there are a few issues. If you've ever had problems with a parent trying to accept you, then you just might be able to relate to the women in this film.

There are some pretty amazing LGBT love stories out there that should get far more credit. What's the best love story you've ever seen in a film? 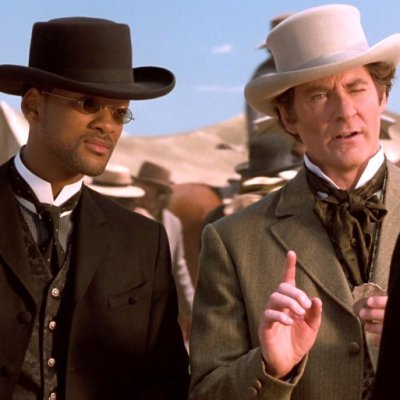 If you don't love a so-bad-it's-good movie, then there must be something wrong with your sense of humor! And the best way to watch this kind of movie is with