So, I grew up in the 1980s kind of. I was born in 198something (haha!), and I was still young when 1990 came along, but in my little rural part of the world, the 1990s didn't arrive culture-wise until well, they just arrived yesterday, I think. So, all things 80s were still cool until I moved away from my little old town and that includes the most totally tubular 80s flicks, which I'm going to share with you right now! 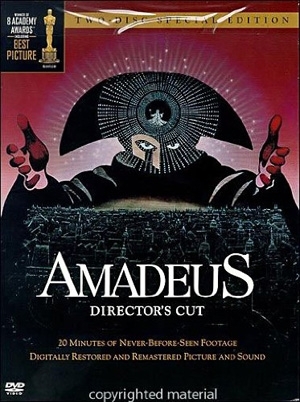 Price: $9.69 at amazon.com
Amadeus is not only a totally tubular 80s flick, it's become iconic. Great cast, great costumes, phenomenal soundtrack what more could you want out of a movie? Everyone always raves about F. Murray Abraham's performance, and he is stellar, but Tom Hulce did it for me. 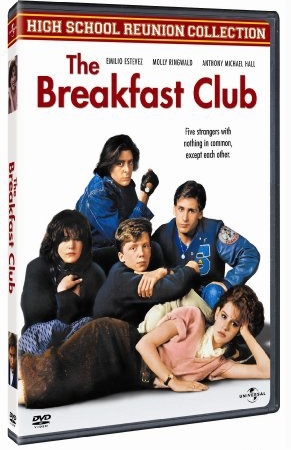 Price: $10.99 at amazon.com
I could actually put any one of John Hughes' movies on this list, but this one happens to be my favorite. I love the mix of characters and the message it sends. I think this should be required watching in every high school now, especially those that have a big problem with bullying. Of course, Bender's old now, he probably doesn't inspire awe and fear in anyone anymore. Sigh.

Price: $7.87 at amazon.com
Michael Keaton! Ask anyone who lived through the 1980s, and they'll likely insist that Michael Keaton was the best Batman ever. I like Christian Bale and all, but nobody beats Keaton not even Adam West. However, I will admit that I like Heath Ledger better as the Joker but Nicholson still kicks butt.

Price: $6.99 at amazon.com
There were times when I was young that I wanted to marry Ferris. I confess, there are times that I still do. Not only was this a totally tubular 80s flick, but it made kids who were still enjoying nap time and recess want to skip school and rock out with their friends. I tried it once in 5th grade, but there was just nowhere to go.

Price: $8.49 at amazon.com
This movie has become such a cult classic. It's hard to understand why if you really pay attention to it, and yet, it's hard to deny that it's a fantastic story, you know? Still, although I love it, I think it set the stage for Cary Elwes. That guy really isn't the best actor in the world. 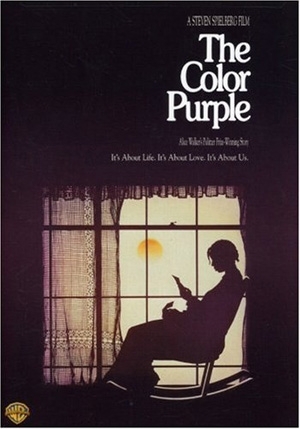 Price: $10.99 at amazon.com
This is probably the best movie derived from a book ever. I love everything about this film. Watch the beginning close, you'll see that it says introducing Whoopi Goldberg, and now she's absolutely fabulous and hugely famous. Everything about it is poignant and beautiful, and I think it's one of the best things to come out of the 80s.

Now, those definitely aren't all of the most totally tubular 80s flicks, but they're definitely some of my favorites. Since the 80s are making a comeback, even the younger generations are beginning to enjoy some of the decade's movies. What are some of your favorite films from that bright, colorful decade?